The Chimney of Light can be described as an axial energetic structure that crosses the dimensions and relays two essential functions:

- that of care (or cleaning) of places and people.

- that of connection with the other planes of consciousness.

On a subtle level, the Chimney of Light can be seen as a light column which can be materialized by a construction, a shrine or even a simple candle.

On the individual level :

A Chimney of Light is an energy tool particularly interesting if one wishes to keep a living or working space clear and neutral. It is also a daily support for any spiritual practice, such as meditation, because it facilitates alignment in the axis and elevation of consciousness.

On a collective level:

Chimneys of Light constitute a vast network where every new element increases power and efficiency. By installing a Chimney of Light in our living spaces, we also respond to the urgency of lightening the planet which is polluted on the subtle level as well as on the physical level... placing relays for the current transformation movement.

The origins of the Chimney of Light

The principle of the Chimney of Light is very old: raised stones with Egyptian obelisks, Buddhist stupas with Tibetan chörtens; from the axis of the pyramids to the spires of cathedrals, we find this vertical axis between the earth and the sky everywhere. 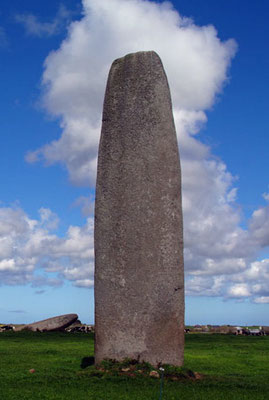 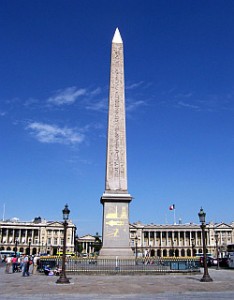 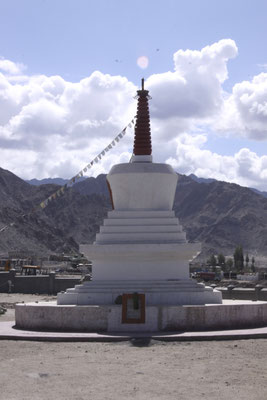 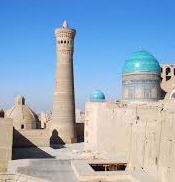 These often remarkable buildings were consecrated by those who embodied a spiritual function (the shaman of the tribe, the Druid or the Celtic priestess, the officiating priest of the Egyptian temple, the solar priest of the Incas, the Christian priest, aware of the operative force of the ritual of communion... the Padre Pio for example and many others...) or those who worked on the plane of energy in a "concrete" way. The "consecration of a place" is thus the constitution of an energetic structuring which will facilitate all the stages of connection with the "Divine", making it possible to connect with the "other worlds"; it is the very principle of the Chimney of Light... Thus, there are on the Earth many very old Chimneys of Light, more or less functional today. Some are in places like Mont Saint-Michel, Stonehenge or Chartres Cathedral... the sacred source of our ancestors, certain remarkable trees and so-called sacred mountains...

Unfortunately, many sacred places are no longer really active because they haven’t been "kept"...

- A vertical axis has always been at the center of the activity of human societies, even if the function and know-how related to this great principle have been largely forgotten. It seems important to rediscover the function for individual and collective hygiene and, therefore, human harmony.

A Chimney of Light is therefore an energetic axis between heaven and earth.

It is either "natural", as an emanation, an emergence of the forces of life of the earth, or a creation of human consciousness, in collaboration with the forces of the subtle planes. It becomes then a kind of column of light, a bridge between the earth and the sky, not visible by physical eyes but perceptible by our subtle senses.